This is not the first time that Nike Dunks have used classic sneaker colourways before. Earlier this month fans were treated to both “Shadow” and “Infrared” versions of the skate shoe. Given the rising resurgence of the Nike SB Dunk, you can expect this to be a hyped drop. 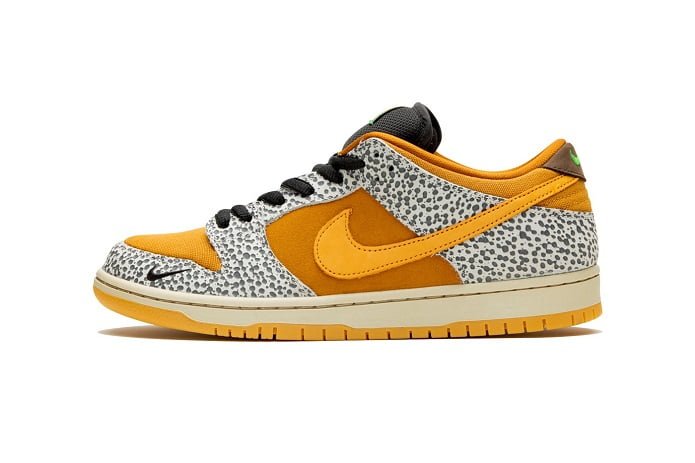 A black tongue and black laces help to separate the colours well, with a cream midsole and gum rubber sole creating a well-balanced shoe. Embroidered mini Swooshes can be spotted on the toe box of the shoe, finishing this Nike Dunk off well. 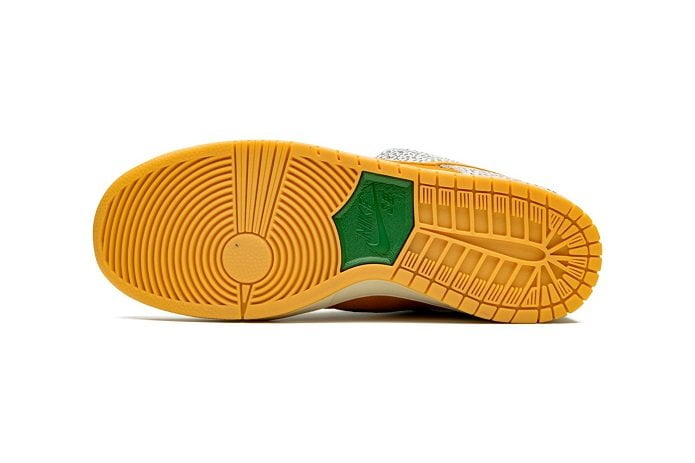 After leaked images surfaced back in December, fans have been patiently waiting for the release of the sneaker. This Nike SB Dunk features all of the elements that made the Air Max 1 so successful. A combination of plush orange canvas is contrasted with orange and green Swooshes throughout. The iconic safari print leather, which made the sneaker so eye-catching, makes its glorious return. 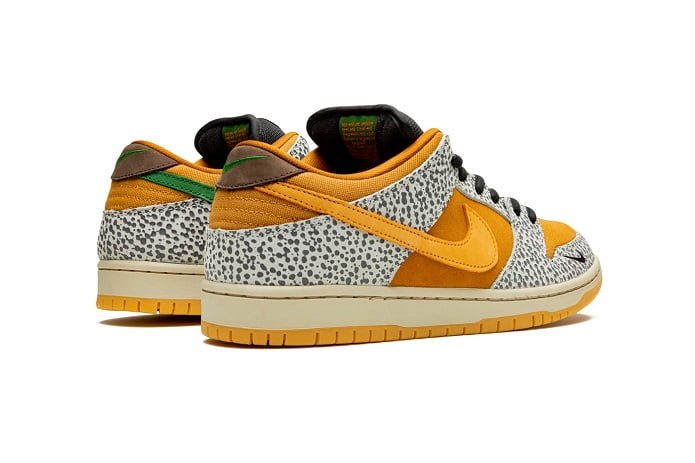 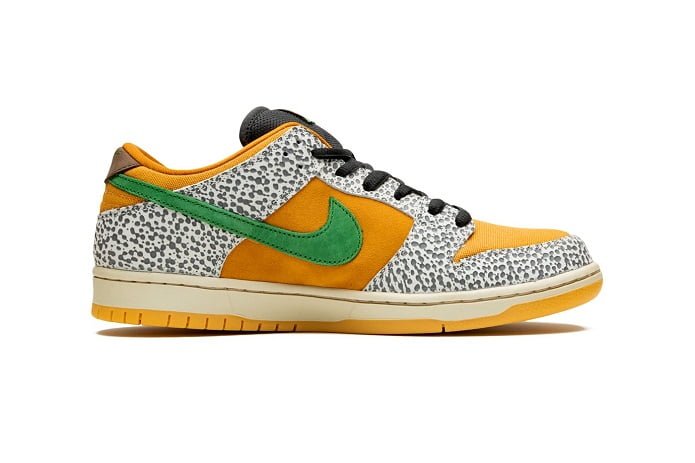